Parkinson’s is a progressive disease caused by a decreased level of dopamine produced by nerve cells in the brain, in an area called the substantia nigra. Dopamine levels drop as the disease progresses.  Dopamine sends messages in the brain to areas that control movement and coordination. With decreased dopamine, patients have difficulty controlling their limb and overall body movement along with their emotions.

Approximately 1,000,000 adults in the USA have Parkinson’s Disease, while males have a 50% higher risk than females. 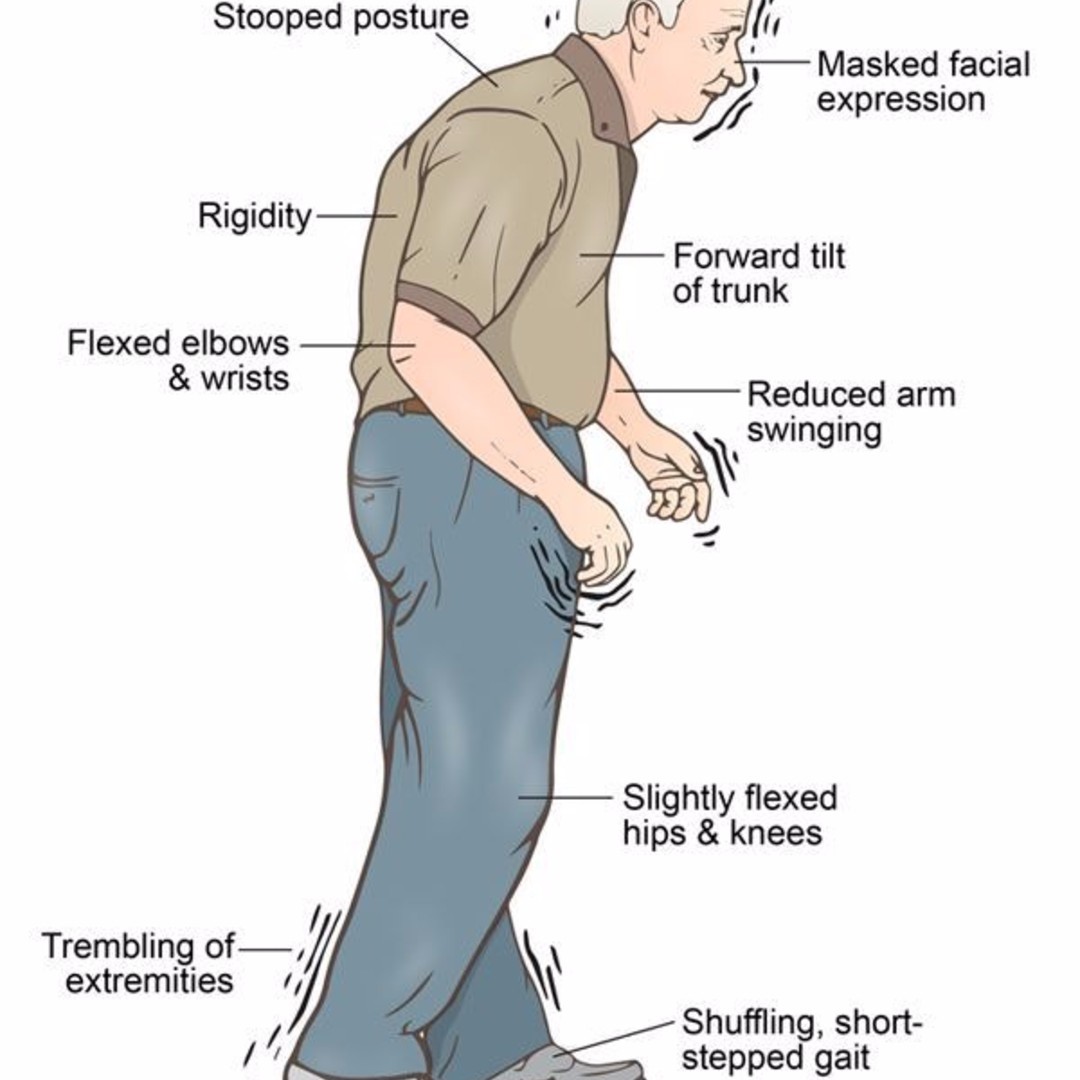 The History of Parkinson’s Disease:

“James Parkinson (1755-1824)- an English apothecary surgeon, political activists, paleontologist and geologist, wrote An Essay on the Shaking Palsyin in 1817. In that work he is thought to be the first to describe the paralysis agitans (shaking palsy), a condition which Jean-Martin Charcot renamed Parkinson’s Disease sixty years later. James Parkinson systematically described six people with signs and symptoms of the disease we know today as Parkinson’s. They were not formally examined, but he observed them as they went their daily walks, and sometimes asked them to describe their symptoms to him. In his Essay Parkinson described the characteristic resting tremor, diminished muscle strength, paralysis, unusual posture and gait, and how the disease progresses over time.” 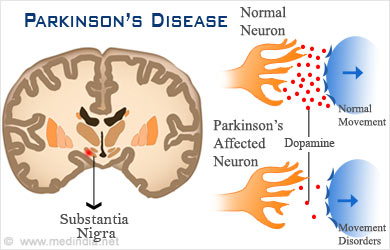 To be diagnosed with Parkinson’s, you need to be seen by a physician who will review your medical history and perform a health exam.

The usual age of onset is 60 years of age, but it can start earlier and is more likely in men. The disorder often starts with a tremor in one hand, occurring at rest along with the back and forth rubbing of the thumb and forefinger known as a, pill-rolling tremor. Then the patient notes slowness of movement, bradykinesia- stiffness of limbs and poor balance. Walking becomes difficult as does talking and doing simple activities of life as the disorder progresses. Simple tasks can become time consuming, the gait becomes shorter and shorter, and getting up out of a chair maybe become difficult. The feet may drag with ambulation. Fatigue is common, along with pain in specific areas. 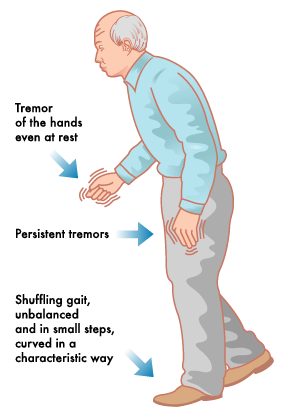 Cognitive changes occur including: amnesia, nocturnal confusion, dementia, loss of understanding, and clear thinking. The patient often has anxiety, apathy and depression. Patients can have impaired voice– soft, monotone speech and laryngospasm, difficulty swallowing and drooling along with reduction of facial expression, associated with stiffness of the jaw & blank stare. There may be pauses and hesitation with speech. Patient often have distorted sense of smell or loss of the sense of smell. In severe cases there is a loss of automatic movements, like blinking, smiling, or arm swinging with ambulation.

Sleep is often adversely impacted with daytime sleepiness, early awakening, nightmares, restless sleep and sleep disturbances. Acting out during sleep is a problem that can even lead to injury or the self or others. There is also a decrease in sexual desire, and performance.

Blood pressure may drop when standing (Orthostatic Hypotension) leading to dizziness and falls. Range of motion becomes limited and this may also be painful. The posture becomes stooped, and balance problems develop. Muscle rigidity causes a feeling of stiffness in any part of the body.

There is frequently urinary incontinence issues, constipation and weight loss is common.

However one of the earliest ways to detect Parkinson’s is by seeing a persons handwriting! People with Parkinson’s becomes very small and difficulty to read.

Direct genetic factors of an isolated gene is rare but patients with PD have a 15-25 % incidence of having family members with the disorder.  Population studies suggest there is an increased risk of developing PD if one’s parent has been diagnosed with the disorder.

Chemical and toxin exposure has links to this condition. Environmental factors such as herbicides, pesticides, synthetic heroin containing MPTP, also has been found to increase the risk of developing PD.

Lewy bodies are seen in pathological specimens of patients with Parkinson’s.  There are clumps of specific substances seen on microscopic exam of brain tissue that contain various substances including Alpha-synuclein.  These findings are currently important in research into this disorder.

Parkinson’s is usually treated with medications, that increase the dopamine action in the deep brain area of the Substantia Nigra. Sometimes deep brain stimulation surgery can be performed and is useful in certain cases.